Press enter to begin your search

According to the 2019 Global Healthcare Outlook Report by Deloitte, healthcare expenditures around the world are expected to balloon from the current US$7.7 trillion to US$10 trillion by 2022, increasing at an average annual rate of 5.4 percent.

What does this mean?

Well, for one, it’s that the global population is rapidly ageing and at risk for a higher rate of chronic disease. While digital technologies and other innovative approaches towards healthcare delivery continue to spread, the fact is that these are often costly.

As a result, stakeholders in this space – healthcare providers, governments, consumers, and insurance companies – struggle with the ensuing financial challenges.

For example, the Government of Canada had a $242 billion healthcare budget in 2017, translating into $6,600 in federally mandated funds per resident. That’s also over 11% of Canada’s gross GDP.

Even the United States, which doesn’t have universal healthcare in the same way that Canada does, spent over $1.5 trillion of federal funds on this sector in 2017. The figure represents about 8% of GDP, lower than Canada’s, but it’s still a staggering amount.

Given the rise of expenses and stagnating revenues, healthcare management is struggling with several large problems in 2019.

A 2017 survey of healthcare CEOs revealed that 57% believe one of their top 6 concerns were spiraling costs and ways of bringing them under control. Staff inefficiency and unwillingness to prevent wastage was a major contributing factor to cost overruns, with the end result being that providers often have to charge more for basic health services while lowering their operating margins.

The lack of transparency and inefficiency in the healthcare vertical means providers themselves don’t know what to charge patients. A recent report in the Wall Street Journal uncovered that a hospital was charging $50,000 for knee replacement surgery that only cost it about $10,000.

According to the New England Journal of Medicine, only 17% of care professionals believed their employers had ‘mature’ or ‘very mature’ levels of transparency.

Hence, it comes as no surprise that patients are skipping visits to the doctor altogether — a recent poll revealed 44 percent of Americans declined to consult their doctors when they were sick. Another 40 percent added they didn’t follow up on recommended treatment or medical test due to fear of higher bills.

There are a few ways to tackle this challenge.

One is to eliminate paper records for patient files and shift to digital mediums. This cuts out costs related to physical file storage, paper procurement, printing, and the like.

Another cost-saving solution is to shift marketing budgets away from traditional mediums like print and television, and instead, channel it towards cheaper, digital mediums.

The third solution involves individual patients more than the healthcare provider. Due to the rising costs of healthcare, it’s a good idea to reevaluate retirement funding strategies, as well as purchasing long-term care insurance. Some folks might also want to evaluate the option of withdrawing money from life insurance policies in order to cover costs.

Productive and non-productive time in healthcare

Healthcare providers and family physicians in both the United States and Canada were federally mandated to start storing patient records on digital mediums. As a result, 59% of hospitals use some form of electronic records, with the number still increasing.

But these systems aren’t without their unique challenges.

“EHRs are great for gathering information into one tool, but the workflows to manage this are sometimes confusing and overwhelming for the staff, causing burnout,” said Matthew Ernst, director of training at Thomas Jefferson University. “When staff get overwhelmed and start to feel burnout, their productivity goes down and possible patient safety issues can creep in.”

First and foremost is the cost of simply acquiring this software. EHR software doesn’t come cheap and adds on to the escalating cost of healthcare delivery in the first place.

Second, software acquisition is followed by training challenges as both physicians and office staff must learn how to use it. Some people think of EHR implementation as simply technical in nature, but that’s downplaying the cultural element of it.

Healthcare administration has traditionally been a very paper and process-heavy approach, so training nurses and doctors to record information differently requires a change management approach, too.

The third challenge is the time and resources needed to replace your homegrown IT system.

It’s possible that you already ran operations on a rudimentary electronic system — while it’s likely leagues behind the mandate’s requirements for EHR, it’s still something your employees are comfortable with.

There are a couple of solutions to these problems.

Despite these problems, it’s important to note that storing health records digitally is a long-term play. While there will be challenges in the short-term, the long-term benefits — such as improved patient care and patient satisfaction — far outweigh them.

With patient records and information moving to digital platforms, there’s a higher risk of this data attracting malicious actors. After all, there’s a ton of personally identifiable information available on hospital servers – a potential goldmine for cyber criminals.

According to IBM, over 100 million patient records were compromised in 2015, making it the top sector targeted by hackers – surpassing even the banking and financial industry. Another report outlined that data breaches have cost healthcare providers over $6.2 billion.

The FBI believes electronic health records sell for up to $50 each on the black market compared to social security numbers, which only fetch $1. Healthcare providers are a comparatively easier target than banks and insurance companies because they don’t spend comparable amounts on cybersecurity or invest in employee training programs in the same vein.

Some ways to tackle the cybersecurity threat in healthcare include:

1. Building a cohesive culture around security: Employees are often the weakest link in the chain. Cybersecurity training and education can go a long way to show caregivers such as doctors and nurses how they can guard against intrusion attempts and what best practices to deploy for ironclad security.

2. Ensuring devices are up-to-date: Physicians, nurses, and healthcare administrators routinely use personal devices and laptops to access patient data. That in of itself entails a security risk as said devices come under malware or phishing attempts. All devices used to access the hospital’s network must have antivirus systems and other protective measures.

3. Data backups: Even the best plans are liable to failure. If an attack infiltrates your hospital’s system, it’s essential that data backups are available and stored away from the main system to avoid corruption. In the same vein, access to protected information should only be on a need to know basis and shouldn’t be available to all individuals on the hospital’s system. It’s critical for the healthcare industry to make use of cyber security consultants to ensure that all information is protected and that the necessary measures are in place.

Healthcare equipment is costly and drives a significant portion of overall operational budgets.

That’s why it’s important to procure versatile and future-proof equipment, especially as you’re not going to be able to constantly switch it around.

This sounds vague, so let’s explain with an example.

A case in point is integrated operating rooms.

Initially introduced in the late 90s — as video routing and distribution capabilities became more advanced — integrated rooms were the main buzzword in the healthcare space. As endoscopy procedures became more popular, they had a knockdown effect requiring more screens, images, and cameras.

Doctors needed to view images in high-quality as well as have capabilities to record video and capture images. Hospitals were sold on the idea and invested millions of dollars in acquiring compatible touch panels, routers, and other machinery to assist in the development of the integrated operating room.

However, since that decision, rapid advancements in technology has meant even machines purchased ten years ago are completely obsolete and hospitals haven’t seen the return on their investment. Cameras, for example, aren’t high-definition and video recording capabilities are limited.

New versions of integrated operating rooms, also referred to as hybrid operating rooms, have similar cost concerns. Plus there’s an ongoing debate on their functionality – should they be restricted to specific surgery types like neuro or cardiac or be universal in their approach?

Future procurement strategies for your operating room have to carefully analyze which technologies will still be relevant in the next ten years and what equipment you could possibly do without.

After all, costs matter – even a reduction of twenty to thirty thousand dollars can go a long way and help bring down the cost of surgeries itself.

Lighting is another case in point.

At one stage, with the emergence of minimally invasive surgery (such as endoscopy), many healthcare professionals thought surgical lights would disappear completely. That didn’t happen.

In fact, it’s mandatory to have at least one set of surgical lights in the OR.

But the type of lighting used in operating rooms is definitely up for debate. Surgical headlamps are increasingly a popular alternative to expensive overhead lights which are costly to purchase and cumbersome to maintain.

Overhead lights were a mainstay in integrated operating rooms but there are concerns about their usefulness and utility. Do hospitals really need this large, clunky equipment when there are smaller alternatives available?

Plus, surgical headlamps easily last ten years or more and can be repaired without requiring a complete shutdown of the OR. That’s another consideration for healthcare administrators.

Replacing lights, for example, will mean installing a new mount. But with surgical headlamps, your surgeons can strap it on when they need to, and without any specific installation techniques. 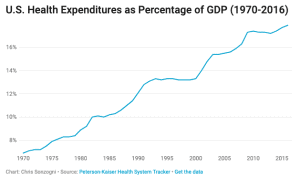 Send us a Message
Connect With A Local Distributor